How a Christian Should Vote: Two Types of Separatism (Part 2) 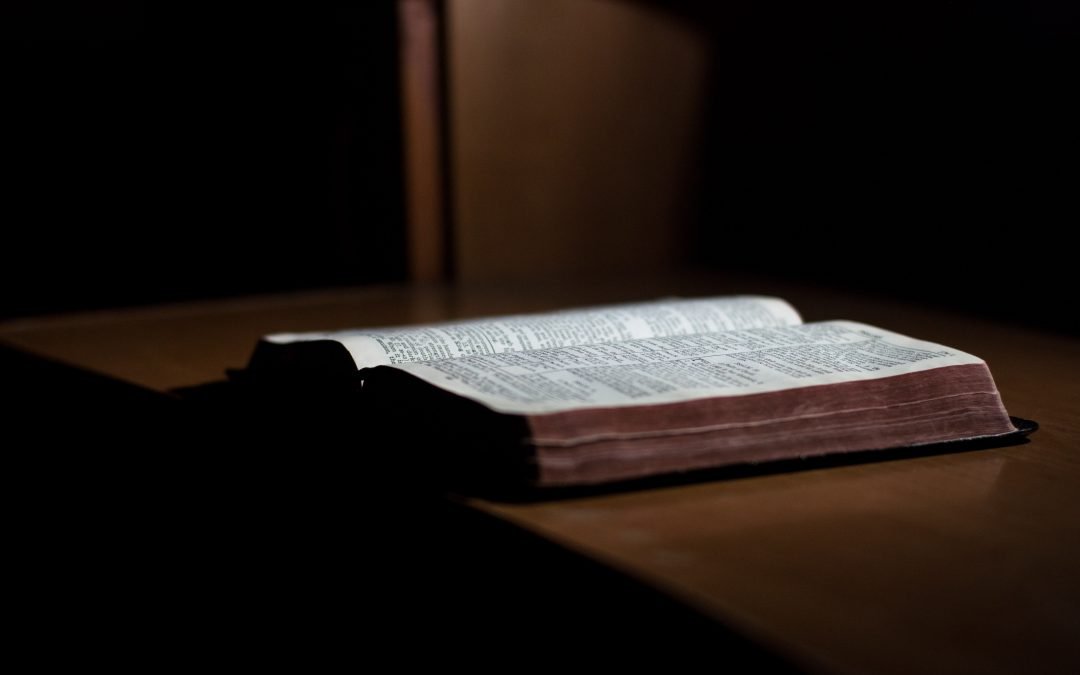 How should a Christian vote?  This should be a difficult question.  This question should cause tension, even anxiety.  We do not need a simplified rubric for the “right” way to vote.  We need an understanding of how our citizenship in the Kingdom of God informs our citizenship in this country.  In this series, I will not tell you which candidate or party to vote for.  I will not present a handy chart telling you which candidate checks the most “Christian” boxes.  I will not make your decision easier.  I will equip you to make the decision faithfully, with a better understanding of the relationship between Kingdom and Country.

There are three complex, highly nuanced steps to how a Christian should vote.

Step 1: Understand the Kingdom of God.  I examined Step 1 here.  It’s foundational for the rest of the series, so start there if you missed it or need a reminder.

Step 2: Determine how the Kingdom of God should influence the country.  This is where I’ll be spending time for the next several posts, including this one.

I hope you will join me in this complicated and Christ-centered process of discernment as we prepare for the upcoming election.

For some Christians, these conclusions lead to a Separatist approach to Kingdom and Country.  People and churches who take this approach recognize the fundamental incompatibility of the Kingdom of God with United States politics and choose to disengage from direct political participation, including by not voting or seeking public office.  There are two types of Separatism, which I’ll call Isolationist Separatism and Prophetic Separatism.  While they have the same basic starting point – the belief that the Kingdom and the Country are and always will be incompatible – they play out in very different ways.

Isolationist Separatism generally includes disengagement from American society as a whole, not only from politics.  The Amish are the most familiar example of this approach.  The Amish and other Christians with similar histories and some shared theological distinctives (Hutterites, some Mennonites, some Brethren) view the world as lost to sin and completely corrupted.  They seek to isolate themselves in order to protect the moral and doctrinal purity of their communities as they await the return of Jesus Christ.  People who take this approach are not likely to be reading this blog, so I won’t spend more time elaborating on this approach.

American religious history provides another example of Isolationist Separatism that is much less familiar today.  From the 1920s to the 1960s many evangelical and fundamentalist Christians were de facto isolationists.  Following the humiliation of the Scopes Trial, in which fundamentalist Christians were portrayed as backwards and ignorant, many fundamentalist Christian communities retreated from public life.  They constructed and reinforced insular communities in which they could minimize engagement with “secular” entertainment or current events.  They were also heavily influenced by dispensationalism, a movement that promoted the imminent return of Jesus Christ and the recent theological innovation of a secret rapture of the faithful remnant.  As fundamentalists awaited their rescue from the sin-forsaken world, they saw little reason to participate in American culture or politics.  They expected the world to grow increasingly corrupt, violent, and sick, and therefore had no motive to improve it through public policy.  This political disengagement largely ended with the founding of the Religious Right, the Moral Majority and similar religio-political organizations, although the underlying theology remained largely intact.  (For a history of this reversal from isolation to political engagement, watch this lecture by historian Randall Balmer.)

If your theology leads you to affirm the complete and permanent incompatibility of the Kingdom of God with the United States (or any other country), Isolationist Separatism might appeal to you.  This approach is built on the idea that nothing we do will make the world any less corrupted, and so our best option is to focus internally on being prepared for Jesus to return “like a thief in the night” (1 Thessalonians 5:2) and that any efforts to engage with society, especially through partisan politics, is futile at best and dangerous for the community’s purity at worst.

Prophetic Separatism starts from the same place as Isolationist Separatism: a belief that the Kingdom of God is fundamentally incompatible with any temporal country.  The values and ethics of the Kingdom are simply opposed to the values and ethics of the country.  But unlike the Isolationist Separatists, this recognition leads to assuming a prophetic function vis-à-vis American politics.  We discover the prophetic function in the Hebrew Bible, where it was the role of the prophets to speak to the community and its rulers on behalf of God.  The prophets were distinct from the kings in order to prevent personal loyalties from clouding their judgment or their ability to hear from the Lord.  One stark example of this role is found in 2nd Samuel 12 when the prophet Nathan rebukes King David for having an affair with his military commander’s wife, Bathsheba.  As a prophet, Nathan is neither David’s political ally nor his adversary.  He is God’s representative.  Prophetic Separatists understand their role as a contemporary parallel to the Hebrew prophets. They avoid partisan political alliances or rivalries, do not align with political parties, do not seek political office, generally do not make policy proposals, and very often do not vote.

Another aspect of Prophetic Separatism is its emphasis on not violating the ethics of the Kingdom of God, and voting for or aligning with any political party or candidate will inevitably compromise the ethics of the Kingdom.  For example, most Prophetic Separatists reject violence in all or nearly all circumstances because of Jesus’ instruction to “turn the other cheek” (Matthew 5:39) and because there will be no violence in the eternal Kingdom of God.  This commitment to pacifism places Prophetic Separatists out of step with all political parties, so to vote for any candidate would require at least indirect support for war or the death penalty or other forms of violence.  Since it is impossible to hold public office, vote, or otherwise directly participate in partisan politics without compromising some Kingdom ethics, Prophetic Separatists do not participate in these ways.

For Prophetic Separatists, separation and non-partisanship does not mean disengagement from society or current events.  To the contrary, it means deep and thoughtful engagement by means of bearing witness to the ethics of the Kingdom of God.  This might include calling attention to the ways policies harm people or rebuking leaders for their moral failures.  The goal is not necessarily to bring policy into alignment with the Kingdom of God or to force government officials to behave like Christians.  Rather, the goal is to highlight the contrast between Kingdom and Country in such a way that the deficiencies of this world’s ethics and values are revealed.  We know evil by its contrast with good.  We can only see the shortcomings, limitations, and corruption of this world by means of contrast with the Kingdom of God.  We live as “Resident Aliens,” as Stanley Hauerwas and Will Willimon put it in their book of the same title.

Prophetic Separatism might appeal to you if you recognize the fundamental incompatibility of the Kingdom of God with the United States.  This approach calls Christians to a different kind of engagement that is focused on bearing witness to the Kingdom instead of compromising some ethical commitments for the sake of other ethical commitments.  If you are troubled by the idea of your vote indirectly supporting policies or values that you cannot affirm in good conscience, but you don’t find isolation from society to be a good alternative, then Prophetic Separatism might be where you fit.  This is different from simply being a political independent or being disengaged from current events.  It requires constant discernment of the politics of the day and the willingness to be bold in bearing witness to the eternal Kingdom of God.

Isolationist Separatism and Prophetic Separatism are certainly out of step with the ways the majority of Christians engage politically in the United States today.  But Christian faithfulness has little to do with what is common or popular.  As you continue to study the Kingdom of God, prayerfully consider whether God might be calling you in a Separatist direction.

Separatism is not the only faithful way to navigate the relationship between Kingdom and Country.  I’ll introduce others as this series continues.