Does God Choose the President? 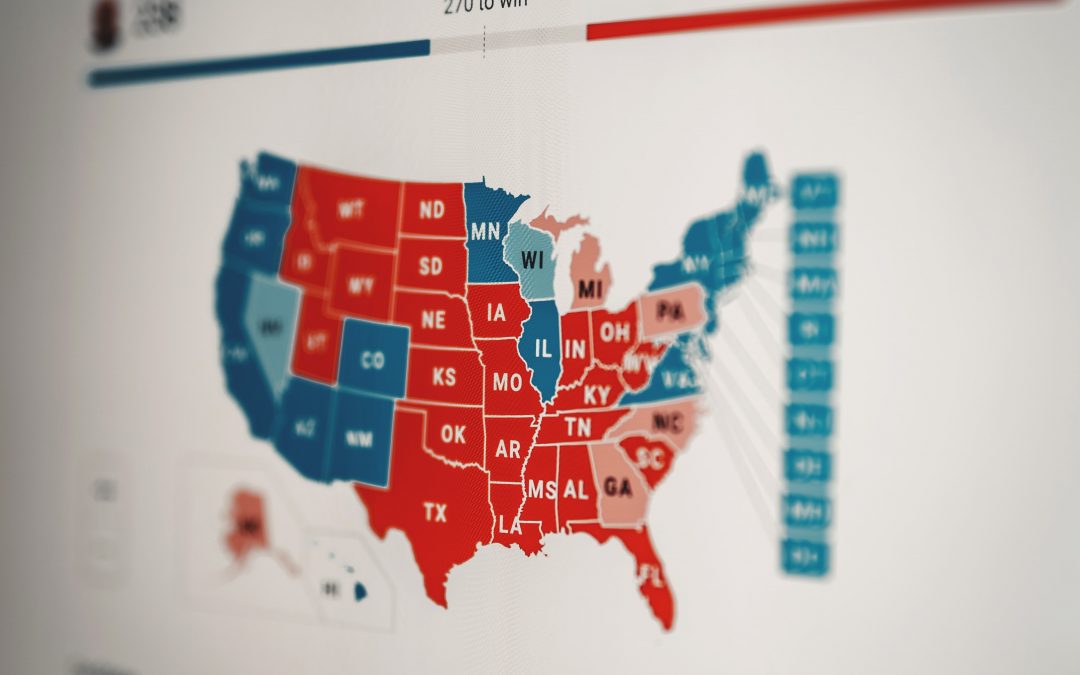 In the lead up to and in the wake of a contentious presidential election, it is common to hear Christians claim that their preferred candidate was chosen by God to bring about the “right” policies or to draw America to godliness.  It was not unusual to hear President Obama spoken of in nearly messianic terms, as one who would save America.  It has been even more common since 2016 to hear Christians speak of President Trump as being chosen by God, often for the sake of defending religious liberty and the unborn.  Indeed, 29% of white evangelicals and 53% of white Pentecostals believe Donald Trump was anointed by God.  In the wake of his defeat, this belief has fueled unsubstantiated claims of fraud and promises of a miraculous shift in the outstanding ballots or in court decisions, and calls to pray for miraculous intervention.

In every presidential election cycle there are those who claim that their candidate’s success is the result of God’s sovereign will being done; however, this belief rarely applies to the victor, should the chosen candidate lose.  This inconsistency raises much more fundamental questions about the extent to which God chooses who will be elected to the highest office in the United States.  Does the victory inevitably go to God’s chosen?  Does defeat indicate an overturning of God’s will?  Does God put all leaders in place, or only the ones with whom we happen to agree?  And why do these questions matter for the way Christians engage with politics?  Does God choose the president?

The Scriptural foundation for the assertion that God chooses the president is Romans 13:1, which says “Let every person be subject to the governing authorities; for there is no authority except from God, and those authorities that exist have been instituted by God.”  I hope to offer a more fulsome exegesis of this passage in the future, but for now I’ll just point out a few things about applying this verse to electoral politics.

First, Christians tend to apply this passage selectively, affirming it when their preferred candidate wins, and ignoring it when their preferred candidate doesn’t win.  Interpreting and applying Scripture is rarely as simple as claiming a passage always applies.  We should examine this passage carefully in its historical context and carefully discern how it applies today, not simply reference it when convenient.

Second, this passage does tell us that our normal attitude toward governing authorities ought to be respect and obedience.  Part of the witness of the early church was good citizenship, as opposed to defiance or lawlessness.  But even within Scripture we are given models for disobeying governing authorities when obedience would violate Christian faithfulness.  Under what circumstances should a Christian disobey?  That is a much more complex question, but it is not enough to simply disagree with an elected official or to be personally disappointed in the outcome of an election.  Likewise, a Christian should not assume the posture of unconditional obedience, since we owe absolute obedience to Christ alone.

*I could put a few links here, but honestly I don’t want to give oxygen to the harmful Christian nationalist websites that promote this view, or send you down a rabbit hole that sometimes ends in extremism.

In addition to biblical interpretation, the doctrine of God’s providence informs the way we answer the question at hand.  All Christians believe that God is sovereign and that God actively intervenes in the world and in individual lives.  Where Christians disagree is the extent of God’s control.  For some, whatever happens in the world is ultimately caused by God, because God is sovereign.  If something were to happen that was outside God’s control, it would violate God’s very nature.  This view is called meticulous providence because it affirms that God is intervening in the world down to the details, ensuring that everything that happens is compatible with God’s will and that it all redounds to God’s glory, even if that isn’t obvious from a human perspective.  According to meticulous providence, God chooses the president because God is in control.  Though it may seem like some presidents are contrary to God’s will, ultimately the electorate is incapable of going against the will of God, because that would necessarily mean that the electorate was more powerful than God.  Though the winning candidate may not be the candidate who seems to align with “Christian” policy positions, one who affirms meticulous providence would logically have to concede that the winning candidate has been chosen by God, perhaps for purposes beyond human comprehension.

For other Christians, whatever happens in the world is at least allowed by God, but not everything is caused by God.  God exercises sovereignty at times through direct intervention and control, and at times through permitting human free will to run its course.  This perspective is called limited providence.  We do not always know when God is controlling versus when God is allowing, and therefore we have the responsibility to carefully discern God’s will then freely choose to act in ways that are either compatible or incompatible with God’s will.  In a world in which not all people – or even all Christians – strive or succeed to discern the will of God, some things inevitably take place that are contrary to the will of God.  When it comes to the presidency, we ultimately cannot know whether the victor was chosen by God or allowed by God.  This uncertainty leads us to focus on advocating for specific policies regardless of who holds power in a particular administration.

Christians tend to be inconsistent in our thinking about providence, vacillating between meticulous and limited perspectives as it seems to suit the circumstances or personal preferences.  An election is an opportunity to evaluate the consistency of our own theology and its implications for how we live in our countries of residence.

The belief that God chooses the president can have negative consequences, especially when it leads to unwavering support for a candidate.  If one believes that a candidate has been directly chosen by God, then it follows that one ought to support God’s chosen candidate at all costs.  This chosen candidate’s action and inaction must be justified on the grounds that they are God’s chosen.  Their sin must be excused as part of the mystery of God’s plan.  Their words and actions that seem to directly contradict Christian convictions must be explained away as unfortunate means to Godly ends.  All this justifying, excusing, and explaining away compromises the Christian’s ability to be salt and light, to differentiate righteousness from unrighteousness, and to give absolute allegiance to Christ alone.

Since Joe Biden was declared the winner of the 2020 election, we have already begun to see the damaging fruit of this kind of partisanship.  It is unfathomable to some of President Trump’s supporters that he could have lost the election fair and square.  For some this has nothing to do with their Christian faith, but for many their incredulity is rooted in the belief that Donald Trump was put in place by God as a David, or a Cyrus, or a champion for the set of Christian causes about which they are most concerned.  This unwavering certainty that alignment with President Trump is tantamount to alignment with God leads some to expect divine intervention as votes continue to be counted or as lawsuits make their way through the courts.  But what will happen when all means of legal recourse are exhausted and Joe Biden is still the President Elect?  Will those who believe the will of God has somehow been thwarted take a moment to reflect on their theology of providence and their hermeneutical methodologies, adjusting for reality?  Or will they demonize their fellow Americans who elected Biden, believing that alignment with Biden or the Democratic Party is tantamount to alignment with Satan himself?  Sadly, I’ve already seen evidence of the latter, mostly among Christians on social media, some of them with quite a bit of influence in Christian circles.

My husband likes to quote one of his seminary professors: You can’t get the right answer if you ask the wrong question.  Does God choose the president?  That’s the wrong question.  It is an interesting thought experiment, running through the biblical and theological implications of different answers, and it is worth thinking through as a scenario to test the consistency of our theology.  But it is the wrong question because answering it does not tell us how to follow Christ more faithfully.  Christians all over the world follow Christ in contexts that are more or less hostile to their faith, more or less friendly to their convictions, where they are the majority or the minority, respected or reviled, supported by the state or suppressed by it.  Changing political circumstances alter the context in which we follow Christ, but they do not alter our call to faithfulness.  The command of Christ remains.  The winning candidate may be chosen by God or may be allowed by God, but in either case the Christian’s responsibility is the same.  Our call is to make disciples, to do justice, to love mercy, to be Christ’s witnesses.  Our ability to respond to the command of Christ faithfully is in no way dependent upon who happens to be serving as president of the United States.  So, will we keep the faith?  I hope we do more than that: I hope we spread it.