Burning Away Barriers and Blowing Down Walls 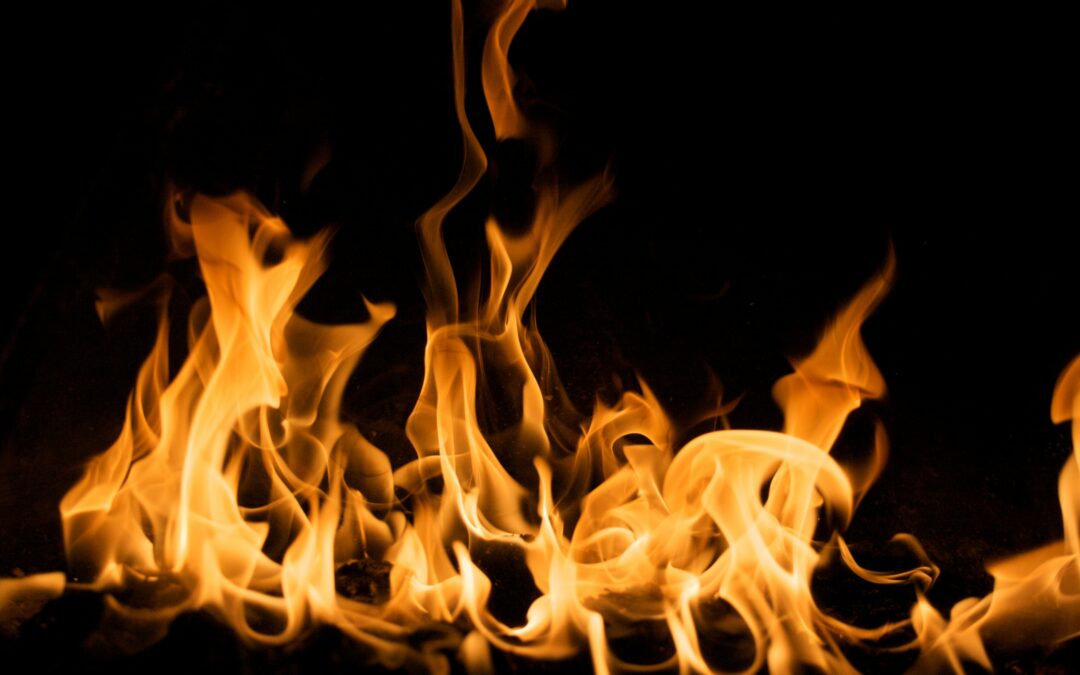 Pentecost marks the birthday of the Christian church, the day when the mission to “make disciples of all nations” (Matthew 28:18) officially launched. While Jesus Christ himself is the church’s head (Colossians 1:18), and profession of Jesus as Lord is its foundation—the rock on which Christ builds the church (Matthew 16:18)—it is the outpouring of the Holy Spirit, recounted in Acts 2, that marks the beginning of the church as an organized fellowship and defines its direction.

At Pentecost, the fire of the Spirit burned away the barriers that might otherwise have defined the fellowship of Jesus’ followers. The wind of the Spirit forcefully removed whatever illusions or delusions Jesus’s followers might have had about their own power to define their movement. From that point forward, the Holy Spirit would be a blowtorch and a hurricane, again and again reorienting the church in the direction of the Spirit’s will, directing it away from the sin-tainted instincts of the women and men who took on the task of carrying Christ’s mission out into all the world. The event of Pentecost lays the foundation and sets the trajectory for the church’s mission and witness and is the standard against which the church today can measure our faithfulness to Jesus’ command to go and make disciples.

The foundation the Spirit laid at Pentecost is one no human would have designed. The fire and wind of the Holy Spirit radically altered the first Christians’ vision of who was included in the “world” into which Jesus sent them. Jesus’ first followers, like Jesus himself, were Jews by ethnicity and religion. To be a Jew meant to be descended from Abraham, Isaac, and Jacob; thus, it was (and is) an ethnic identity, a culture, a heritage passed down from one generation to the next. Like other religions of the Near East, it was tied to a specific people and location. The disciples’ concept of religion was shaped by their Jewish faith, which was tied to ethnic identity.

Jesus challenged ethnic exclusion through his interactions with Samaritans, a mixed-ethnicity population that was marginalized and rejected by Jews and Gentiles alike. However, there was no existing framework for a religious movement that was not connected to nation, ethnicity, or geography. A Gentile (non-Jew) could become a God-fearer and embrace the worship of the one true God, but they couldn’t truly become a Jew. This way of thinking about the nature of religion is an important part of the context of Pentecost.

At Pentecost, the Holy Spirit took a blowtorch to ethnic and national definitions of religion, and a gale-force wind removed the boundaries that divided people on the basis of language, culture, geography, or bloodlines. Jews and God-fearing Gentiles from at least three continents, from “every nation under heaven” (Acts 2:5), heard Jesus’ followers “declaring the wonders of God” (Acts 2:10) in their own mother-tongues. This is how the Holy Spirit launched the church into its mission: by burning away the communication barrier that prevented people from different locations and cultures from understanding each other.

This redefinition of religion didn’t come naturally to the first Christians. As we read Acts and Paul’s letters, we discover that the first generation of Christians-who-were-Jews struggled with what it meant for people of other ethnicities, nationalities, and cultures to be included in the church. The perennial conflict among the early Christians was about the role of Jewish culture and practices in the Christian church and whether Gentiles needed to adopt Jewish practices to become truly Christian. The reason this was such a source of tension and conflict was precisely because there was no framework for religious faith that was not connected to genealogy or geography.

The Jerusalem Council, recounted in Acts 15, decided that Gentiles need not take on the additional burden of the Jewish laws “that neither we nor our ancestors have been able to bear” (Acts 15:10) to become Christian. Gentiles were not a lesser class of Christian than the Jews, since “God, who knows the heart, showed that he accepted them [Gentiles] by giving the Holy Spirit to them, just as he did to us.” (Acts 15:8)

The decision of the Jerusalem Council is the early church’s interpretation and application of the Holy Spirit’s work at Pentecost: the Spirit burned up and blew away ethnonational faith, and with it any theological justification for a Christianity that is intertwined with ethnic or national identity. Christians were to “dwell in their own countries, but simply as sojourners,” as the otherwise unknown Christian named Mathetes wrote in his second century “Letter to Diognetus.” From Pentecost on, Christians would hold their citizenship in heaven (Philippians 3:20) as their primary identity, relativizing all other ethnic, national, political, cultural, or familial identities.

A Resistance to the Spirit

Human sin cannot thwart the power of Pentecost, but we can resist the Spirit’s sanctifying work in our lives and churches. One particularly insidious manifestation of sin is the instinct to gather with people who we define as “like us” and exclude people who we define as “other.” This impulse has led to war, violence, division, xenophobia, racism, genocide, and fissures between and within societies around the world.

Some Christians, some of the time, recognize this sin for what it is and bear prophetic witness to a Pentecost vision for a church that transcends all divisions and includes all in whom the Spirit dwells. But many Christians, much of the time, are blinded to the true nature of the church by their own desire to set the terms for who is included and who is excluded, often along ethnonational lines.

The most extreme forms of this pre-Pentecost religion manifest as violent religious extremism, including violence perpetrated by self-proclaimed Christians. Historically, the violence of the Ku Klux Klan comes to mind, but violence motivated by perversions of the Christian faith is a present reality as well. The majority of Christians describe the people who commit acts of violent religious extremism as outliers, lone wolves, or mentally deranged and therefore not representative of Christians as a whole or indicative of problems within Christian communities more broadly. But violent extremism is born out of less violent and less extreme corruptions of the gospel, most notably Christian Nationalism, a pre-Pentecost and therefore un-Christian ideology.

A great deal has been written about Christian Nationalism in recent years, and for good reason. Its images and language have become more noticeable to the general public, leading many Americans to perceive Christianity, or at least evangelical Christianity, primarily as a political platform. Christian Nationalism has several definitions, but sometimes precise definitions lead us to find loopholes that excuse our own attitudes and behaviors and those of our congregations.

These questions run much deeper than whether immigrants or minoritized persons feel welcome in our congregations or whether we are active in international or cross-cultural missions. These are questions about the nature of the church itself. Have we affixed the label “Christian” to ethnic, racial, national, or political identities? If so, then we have taken a jackhammer to the very foundation of the church and are building our beliefs and practices on an unstable foundation.

A church that reinforces the barriers between people is not the church that the Holy Spirit indwelled at Pentecost. The people most equipped to recognize walls and barriers are often the people who are on the other side of them. We might think our own attitudes and congregational practices embody “love of God and neighbor,” when in reality we are simply as blind to our presuppositions as the first Christians were blind to their own ethnocentrism until the Spirit forced them to reckon with it.

The Spirit can bring fire and wind to our hearts and our congregational cultures, but when we ask for the Spirit’s indwelling we must be prepared to have our own hearts singed and our assumptions shaken. It might be painful. It might bring conflict. It might cause pre-Pentecost Christians to question our faith or our patriotism. But it is the only way to follow Christ’s command to take the good news of his life, death, and resurrection into all the world. May we celebrate Pentecost by inviting the Holy Spirit to be a blowtorch and a hurricane in our hearts and our churches.

This post was originally written for and published at Missio Alliance.  It is reposted here with permission.