Freedom over Liberty; or, Why Christians Ought to Wear Masks during Pandemics 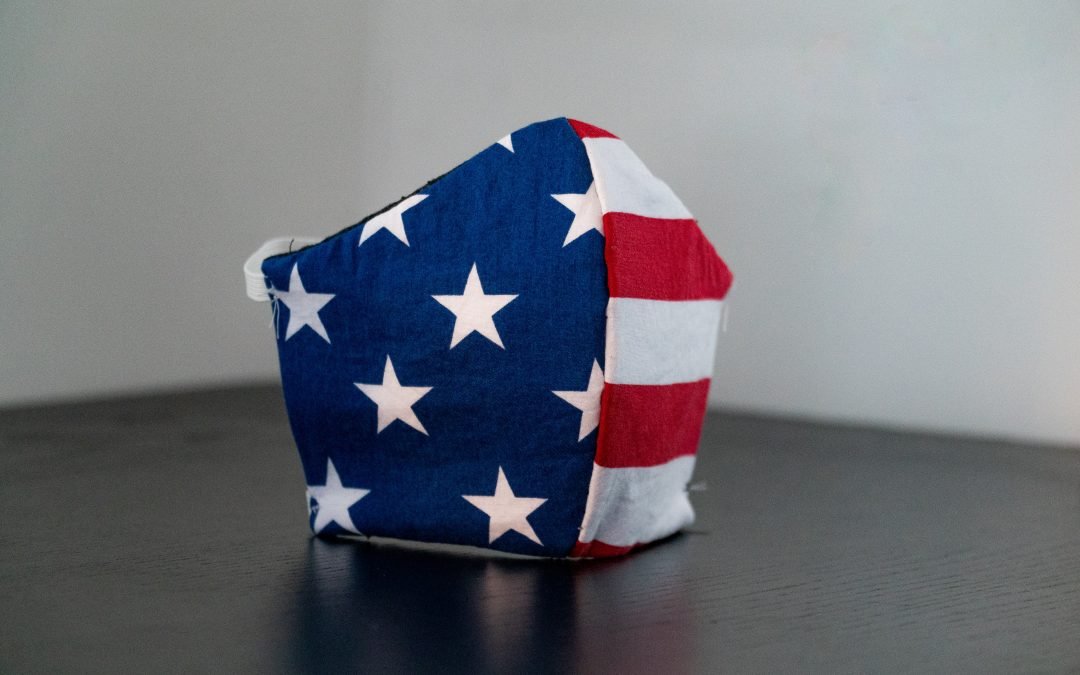 “They are endowed by their Creator with certain unalienable rights, that among these are . . . liberty.” (Declaration of Independence)

The difference between the Christian and American concepts of freedom is simple, but the consequences of confusing them are disastrous.  Christian freedom is freedom from the power of sin.  To be free from sin enables the Christian to be for others.  This is the freedom we see exemplified in Jesus Christ, who “did not consider equality with God something to be grasped, but humbled himself.” (Philippians 2)  When we are instructed to “have the same mind that was also in Christ” that transformation entails a shift from a focus on self to a focus on others.  As Christ laid aside his rights for the sake of others, so we too can die to ourselves for the sake of others when we are set free from the power of sin.  John Calvin put it this way: “No member has this power for itself nor applies it to its own private use; but each pours it out to the fellow members.” (The Christian Life, Chapter 7, section 5).  Christian freedom is therefore community-oriented, rather than individually-oriented.

American liberty is liberty to do as one pleases, as long as no one else’s liberty is violated.  As Thomas Paine put it, “Liberty consists in the freedom to do everything which injures no one else; hence the exercise of the natural rights of each man has no limits except those which assure to the other members of the society the enjoyment of the same rights.” (Declaration of the Rights of Man).  We are at liberty to pursue happiness.  We are at liberty to protect ourselves from tyranny.  We are at liberty to do whatever does not violate the law.  When our liberties are violated, we have the right to protect ourselves, even to the point of deadly force.  Our responsibility toward others consists primarily in guarding their liberty as we would our own, because it is in our self-interest to do so.  And although the Creator is credited with endowing this liberty, it is not identical with freedom in Christ.  American liberty is individually-oriented, rather than community-oriented.

Christian freedom and American liberty are fundamentally opposed to one another; therefore,  the Christian who is also American should experience an inherent tension between their faith and their citizenship.  St. Augustine of Hippo described sin as “incurvatus in se,” the heart turned inward on itself.  This visceral description of sin reveals the truth of the deadly results of being oriented toward self.  Just as the human heart ceases to function if it can only receive but not expel blood and oxygen, so the Christian soul withers and dies when it is not turned outward.  To be delivered from the power of sin and death is to be delivered from selfishness.  The American promise of liberty, in contrast, is liberty to pursue selfish ends with as few limitations as reasonable.  When Christians confuse American liberty for Christian freedom, we exchange the Truth for a lie and bind ourselves to the power of sin from which Christ had set us free.

In the minds of some Christians in America, Christian freedom has been combined with or supplanted by political liberty.  This deadly confusion manifests in several ways.  One is a preoccupation with personal liberty, defined as physical or material autonomy.  We see this when a Christian chooses to satisfy personal needs or preferences at the expense of others, even when others experience harm as a result.  The American value and the Christian value come into conflict and the American value dominates the Christian’s decision making.  In some cases, the choice to elevate American liberty over Christian freedom is preceded by careful reasoning about the moral conundrum, such as when a Christian carefully considers whether they would or should use deadly force.  In other cases, perhaps even in the majority of cases, the Christian is oblivious to the presence of a conflict, because the definition of liberty as autonomy has thoroughly replaced the Christian concept of freedom as self-giving in the person’s mind.  So the Christian rails against any infringement on her or his autonomy with no consideration for the impact their liberty has on others.

The other way this confusion manifests is more overt and entails citing Scripture or Christian theologians in order to defend personal autonomy.   American Evangelicalism, with its individualization of sin and salvation and its tendency toward biblicist hermeneutics, is particularly inclined toward this error.  Take The American Patriot’s Bible for example.  Alongside Genesis 14:14 is an editorial essay on “The Right to Keep and Bear Arms,” Judges 6:12 is accompanied by a biographical sketch of “one of the founders of modern guerilla warfare,” and Luke 4:18 is set alongside an excursus on the Statue of Liberty.  Reformation era-theologians are also used as theological foundations for concepts that would have been largely foreign to them.  John Calvin, cited above for his emphasis on self-giving as the heart of the Christian life, is one theologian whose works are often referenced as the theological foundation for personal autonomy, private property, free enterprise, and other values that America has adopted as part and parcel of liberty.  These direct references to Scripture and theologians in defense of the American concept of liberty is an affront to sound hermeneutics and historical methodology.

Replacing Christian freedom with American liberty turns the hearts of Christians inward, enslaving us to self instead of setting us free for others.  It is for freedom that Christ has set us free; and yet, we distort the meaning of freedom so thoroughly that we use the Word of God to defend our solipsistic sinfulness.

Freedom to Wear a Mask

Does that mean we can’t defend our rights as Christians in the United States?  Not at all!  The protections of the Constitution should be upheld and defended, including our First Amendment guarantee of religious liberty.  Our basic rights and liberties ought to be preserved and we can be thankful that in the United States we have the freedom to live out our Christian convictions.  There are multiple legal ways of safeguarding our rights, from non-violent protest, to lawsuits, to running for office.  But while we defend our liberties we must first and simultaneously live in Christian freedom.  We defend our liberties not for the sake of our own privilege and comfort, but for the sake of the community.  We defend our liberty to worship and to provide for the sick and poor and hungry and to share the good news of Jesus Christ.  The purpose of defending our liberty should not be clinging to our own comfort and power.

In recent months, as some mayors and governors have mandated wearing masks, some people have raised the specter of tyranny and some Christians have posted videos and articles or appeared on the news claiming that mask mandates violate their Christian freedom.  This would be laughable if it weren’t so potentially dangerous.  If Christians have genuine concerns that the government enforcing mask mandates is an act of tyranny that violates the Constitution, then there are several legal avenues for arguing that case.  But Christians should not confuse an infringement on personal liberty with a violation of Christian conviction.  Christians must not elevate a libertine concern for self above Christian freedom to be for others.  For Christians who have the physical ability to wear a mask, there is no biblical or theological case to be made for refusing to do so.  Christian freedom is in no way disrupted by masks.  Indeed, Christians walk in freedom when we consider others’ safety more highly than our own comfort.   We are free from sin in order to be for others.