The Death Penalty is Incompatible with the Christian Faith 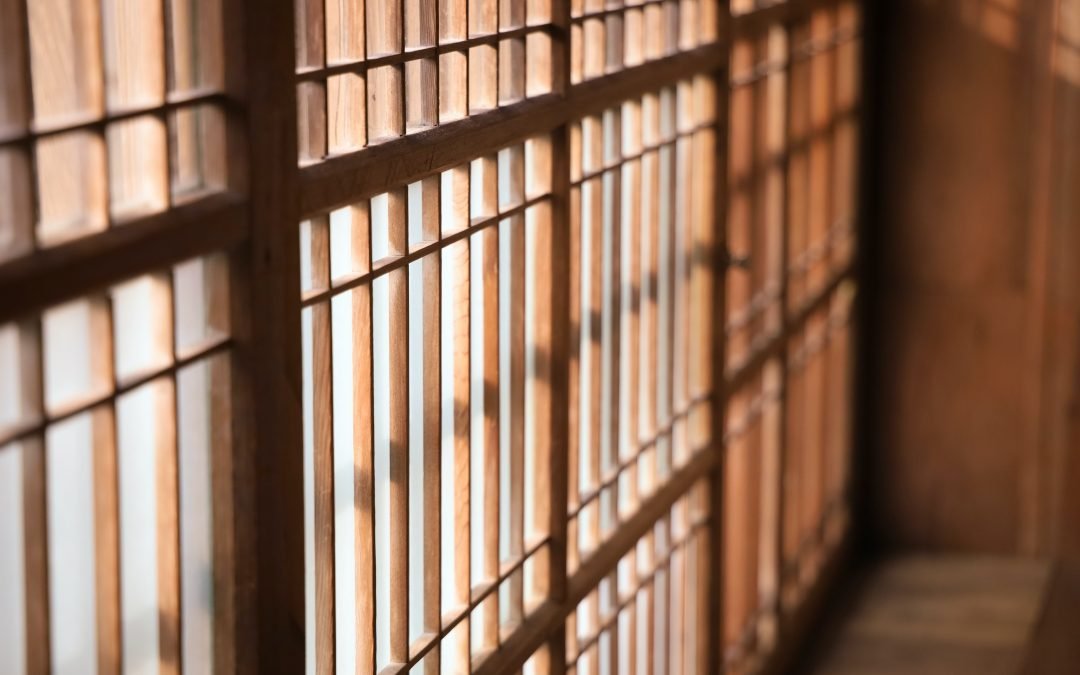 10 people have been executed under the federal death penalty since July 2020 and 3 more are scheduled for execution before the end of Pres. Trump’s term in office.  The BBC notes that this makes Donald Trump “the country’s most prolific execution president in more than a century.”  Brandon Bernard was executed on December 11th despite the fact that the prosecutor in his case and 5 of the 9 jurors changed their minds about his sentence and advocated for life in prison instead.  Bryan Stevenson, founder of the Equal Justice Initiative, says of this rush of executions “What we have seen is a really dramatic example of reckless political use of this power in a way that is unprecedented in American history. These executions are being expedited on a schedule for political points.”  In addition, states have executed 5 people in 2020.  Christians ought to be deeply unsettled by these executions and by capital punishment.

I don’t remember when or why exactly I came to oppose the death penalty.  It was probably in college when I was examining the way my faith had been shaped by my politics, instead of the other way around.  The Holy Spirit was constantly drawing my attention to inconsistencies in my beliefs and their application, and continues to do so, never allowing me to become too settled in my political leanings, lest my faith conform to them.  My faith has led me to conclude that the death penalty is indefensible from a Christian perspective.

Here are my reasons.

1. The United States is not the Israelites. Probably the most common Christian defense of the death penalty is the simple fact that the Old Testament directly states that death is the appropriate consequence for certain crimes (Exodus 21:12ff; Numbers 35:30; Leviticus 17:6) .  If God’s law explicitly commands the death penalty under certain circumstances, then how can a Christian argue against the death penalty?  Simply this: United States is not the tribe of Israel.  God gave the Law to the Israelites, a people group that God governed by means of direct revelation through prophets (Moses) and priests (Aaron) and later kings.  Indeed, even with governance through direct revelation, the Old Testament is replete with accounts of how the Israelites misapplied, misinterpreted, or ignored God’s law altogether, so being a theocracy does not guarantee just administration of the law.  The United States is not a theocracy, its laws are not directly based upon the Mosaic Law, and it is not governed through direct revelation from God.  If a Christian wants to argue that the Old Testament justice system should apply today, then it would be more consistent to advocate for the right of God’s people the church, not secular governments, to execute people.  They would also need to make a case for which of the Old Testament grounds for execution apply today and which don’t (Murder?  Idolatry?  Blasphemy?  Adultery?  Pre-marital sex?).  That sounds absurd and offensive, does it not?  (I sincerely hope it does!  If churches administrating execution sounds like a reasonable suggestion to you, then there is a whole other set of issues I need to address.) The United States is not a new Israel, therefore Christians cannot argue that the laws God gave the Israelites should be the foundation for justice in the United States.  This has implications far beyond capital punishment.  Incidentally, Israel hasn’t executed anyone since Adolf Eichmann in 1962, although modern Israeli law does allow for the death penalty, and the Knesset (Israeli parliament) does debate the issue.

2. There is a very real possibility that the person being executed is innocent. According to The Equal Justice Initiative, 172 people have been exonerated and released from death row since 1973.  That amounts to 1 person exoneration for every 9 people executed.  Bryan Stevenson’s book Just Mercy shares stories behind some of these exonerations, lest we forget that human beings on death row are, in fact, human.  Knowing what we do about DNA, about the faultiness of human memory and perception, about the racial inequities in the justice system, about inadequate counsel for people in poverty, there is a non-zero chance of executing an innocent person.  Even a tiny chance of killing an innocent human should be enough for Christians to reject the death penalty, and the reality is the chances are more than tiny.

3. The person being executed may be a member of Christ’s body along with us. This shared identity transcends all other differences.  Christians simply cannot justify killing their brothers and sisters, fellow members of the body of Christ.  In 2015 Kelly Gissendaner, a sister in Christ, was executed in Georgia.  She had become a follower of Christ while in prison, experiencing a radical transformation, and earned a certificate of theological studies while incarcerated.  She was and is my sister in Christ, a woman who has repented and whom Christ has forgiven, and therefore I cannot agree with her execution.  Likewise, there are people facing sentences of death who are my brothers and sisters in Christ, who have confessed and repented, and for whom life in prison might be a just sentence.  As my fellow members of the body of Christ, I am not at liberty to say that I have no need of them (1 Corinthians 12:12-27).

4. The person being executed may be a future member of the body of Christ, and their opportunity to know the grace and mercy of Jesus should not be cut short, least of all by a fellow Christian. The grace of God extends to all people and conquers the power of all sin.  As a Christian, my greatest hope is for people to know the saving love of Christ, and as such I cannot condone putting to death one for whom Christ died.  I have heard Christians argue that some crimes are so heinous that the person committing them does not deserve to live.  While I understand this statement of a visceral level, and my automatic reaction is to agree, I also believe that any desire for another person’s death is rooted in my own sinful nature and reveals an area of my thinking that has not yet been conformed to the command to love my neighbor as myself.  I cannot love my neighbor and hope for their execution.

5. We cannot be trusted to decide when it is “a time to kill” (Ecclesiastes 3:3). Some Christians might point to the wisdom in Ecclesiastes that there is a time to kill and a time to heal – fair enough.  But when is the time to kill?  Who decides and how is that decision made?  As humans who are beset by faulty reasoning, implicit biases, prejudices, mixed motives, and unavoidable subjectivity, can we be certain that our determinations about when it is time to kill are aligned with God’s will?  Along similar lines, a Christian might point out that Scripture does not directly condemn capital punishment.  My response is simply that there are a great many things Scripture does not directly condemn that Christians readily condemn nevertheless – slavery is an obvious example.

1. There is a real possibility of wrongful conviction, as enumerated above. Even if the death penalty were theoretically consistent with a Christian ethic, the potential for killing an innocent person should be enough to convince Christians and non-Christians alike that the death penalty is unjust in practice.

2. Racial disparities in sentencing demonstrate that the system is not as just as it could and should be. Given these inequities, irreversible punishment should not be administered since such punishment removes the possibility of restoring justice to the victims of the unjust system.  God is just (Deuteronomy 32:4), and calls us to do justice (Micah 6:8), therefore willingly upholding an unjust system is inconsistent with following Christ.

3. The United States aspires to be, and sometimes is, a global example. Ever since John Winthrop cautioned the settlers that the world was watching the American colonies, like a city set upon a hill, America has conceived of herself as a moral and political example for the world.  In the case of the death penalty, the majority of countries outlaw capital punishment, and find it to be a basic contradiction of American values that we persist in carrying out executions.  Christians should be sensitive to the global perception of America because a [declining] majority of Americans self-identify as Christian, and therefore the reputation of Christianity globally is sometimes – unfortunately – wrapped up with America’s reputation around the world.  The persistence of the death penalty in the United States reflects poorly on Christianity.

4. Life and dignity are basic human rights, recognized by our own Declaration of Independence and by the international community. While there are some Christians who refute “human rights” language because it is based on natural law and not on Scripture, I reject this distinction because Christianity affirms that both natural law and Scripture originate with God and therefore do not contradict each other.  There is no theological reason to reject human rights as a common starting point for international and inter-religious discussion or law.  While not all applications of human rights are compatible with a Christian ethic, Christians needn’t reject rights-based arguments against the death penalty solely on the basis of their non-religious foundations.

Rejecting the death penalty puts Christians at odds with American party politics.  The 2016 Republican Party platform, which was readopted in 2020, states, “The constitutionality of the death penalty is firmly settled by its explicit mention in the Fifth Amendment. With the murder rate soaring in our great cities, we condemn the Supreme Court’s erosion of the right of the people to enact capital punishment in their states.”  But, constitutionality cannot be the arbiter of morality.  The 2020 Democratic Party platform states, “Democrats continue to support abolishing the death penalty.”  The party’s 2016 statement reads, “We will abolish the death penalty, which has proven to be a cruel and unusual form of punishment. It has no place in the United States of America. The application of the death penalty is arbitrary and unjust. The cost to taxpayers far exceeds those of life imprisonment. It does not deter crime. And, exonerations show a dangerous lack of reliability for what is an irreversible punishment.”  This anti-death penalty position, however, does not appear to be a policy priority.

I’ve written elsewhere about the tension Christians ought to feel when we vote, since our political allegiances inevitably lend at least tacit support to killing of one kind or another.  Rather than seeking to resolve this tension by adopting either a supportive or ambivalent position on the death penalty, Christians ought to acknowledge the death penalty as a point of incongruity between Christian faith and US law.  For some Christians, that will mean voicing our rejection of capital punishment within our own spheres of personal influence, while others will be compelled to broader activism.  It is inconsistent with a Christian ethic to support the death penalty, and Christians ought to be consistent in our claims to regard all people as bearers of the sacred image of God which God alone has the right to extinguish.

Addendum: Any discussion of Christianity and issues of life, death, killing, or politics inevitably gives rise to concerns about the lives of babies in the womb, as if any statement about one type of killing implies indifference toward abortion.  I will simply say that my convictions about life and death are consistent and this post was specifically addressing the death penalty.