Christians and the Marxist BLM Boogeyman 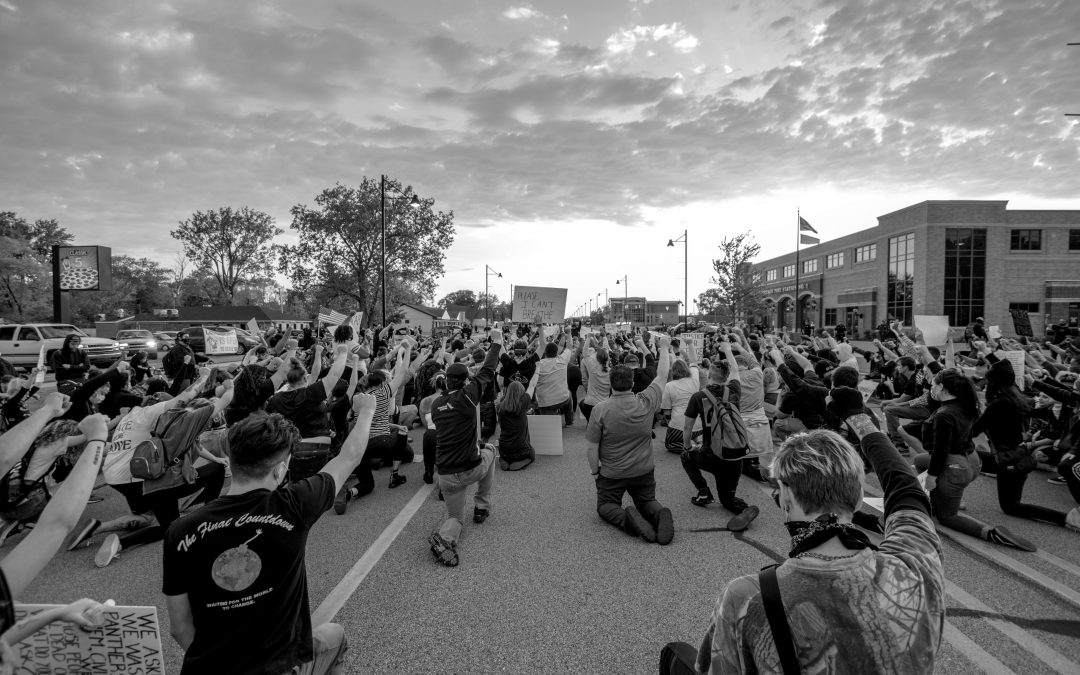 Tertullian, a Christian theologian in third-century North Africa, famously asked “What has Athens to do with Jerusalem?”  It was his way of saying that secular/pagan philosophies (Athens) should be far removed from Christian theology (Jerusalem).  Christians ought to be skeptical of all ideas that come from outside the Christian faith, he thought.  Pagan ideas had nothing in common with Christian faith and would corrupt Christianity.  Tertullian lost.  He lost in the third century, and he has continued to lose throughout Christian history, as the sharpest Christian minds have nearly universally sided with another early church theologian, Justin Martyr, who argued that Truth is God’s, even when that Truth is found in pagan philosophies.

What has Christianity to do with Marxism?

Today Tertullian’s adage is finding new apologists in Christians who object to Black Lives Matter on the grounds that some of its founders espouse a Marxist view of history and society.*  Marxism posits that history is driven by struggle, particularly class struggle between workers and owners and that ultimately history will reach its goal with the workers (proletariat) successfully rise up against their oppressors (bourgeoisie) and establish a classless society.  Karl Marx and Friedrich Engels argued that religion was the “opiate of the people” because it suppressed the anger of the workers and directed them toward hoping for a better life in heaven instead of on earth, therefore religion needed to be abandoned in the pursuit of a classless society.  You can see why Christians take issue with this philosophy.

But the problem with citing some BLM leaders’ Marxist leanings as a reason to disavow the Black Lives Matter movement is that it ignores the fact that Christians have always freely borrowed from and aligned with secular movements in order to advance the Kingdom of God.  It is, therefore, disingenuous for Christians to argue that they cannot support BLM because of Marxism, all the while articulating a theology that is deeply influenced by non-Christians and such as Plato, Aristotle, the enlightenment rationalists, and happily aligned with modern capitalism.  In short, there is no such thing as a “pure” Christian theology, free from secular influence or separated from secular ideologies.

Plato, and Aristotle, and Rationalism, Oh My!

But I’m a Christian! I’m not a Platonist or a Rationalist. I profess sola Scriptura! My theology comes from the Bible alone. Well, perhaps we can cite chapter and verse in support of our Christian beliefs, but that doesn’t mean we are exempt from the whole history of Christian thought.

How about Aristotle? Medieval scholasticism was largely a reaction to the rediscovery of Aristotle’s philosophy in Europe.  St. Thomas Aquinas, who’s right up there with Augustine in terms of influence, was deeply indebted to Aristotle.  His articulation of the Catholic doctrine of Transubstantiation (believe that the Eucharistic bread and wine become the true body and blood of Christ) is founded on Aristotelian metaphysics.  And Protestant rejection of Transubstantiation is largely a rejection of Aristotle’s influence in favor of a burgeoning 16th-17thcentury empiricism.

Evangelical Protestants aren’t exempt either.  Indeed the marks of the Enlightenment are all over the revivalism out of which Evangelicalism was born.  Personal conversion experience, emotional response to the Gospel, and elevation of the individual are all characteristics of the Enlightenment that shaped with world of people like Jonathan Edwards and George Whitefield, the forefathers of American Evangelicalism.

The influence of Capitalism may be even easier to identify.  Christian music alone is multi-million dollar industry.  And in addition to the obvious participation in the Capitalist economy,  churches in the United States operate in a free market thanks to the First Amendment, and long ago adapted to that reality by implementing strategies that appeal to a consumer mindset.  Even for those Christians who don’t necessarily adopt the biblicist strategy of citing Scripture to defend free markets, Capitalism as an ideology is deeply intertwined with American Christian faith and practice.  Capitalism is the air we breathe, and it is a secular invention.

In short, our Christianity is not free from the influence of non-Christian philosophies.  So to say that Black Lives Matter’s ties to Marxism or other secular philosophies disqualifies the organization from Christian support is an argument that simply doesn’t hold water.  Christianity is very good at baptizing the elements of secular philosophies that are consistent with the mission of the Church and leaving behind the elements that are in conflict with Christ (for the most part), because we affirm that all Truth is from God.

Tertullian has lost. Athens has a great deal to do with Jerusalem.  More importantly, Jerusalem has a great deal to do with Athens.  Rather than raising the specter of Marxism as a reason or excuse to disavow the Black Lives Matter movement, Christians ought to seek clarity about the elements of Black Lives Matter that are consistent with Christian faith, and differentiate the elements that are inconsistent with Christian faith. Seek clarity, not purity, in discerning when and how to support movements that do not arise from within the Church.  You might feel uncomfortable with Black Lives Matter for various reasons, but the Marxist boogeyman needn’t be one of them.

*Christians who make this argument do not generally differentiate The Black Lives Matter Global Network (blacklivesmatter.com) from its affiliate chapters or, more importantly from the #BlackLivesMatter movement.  Two of the founders of The Black Lives Matter Global Network have stated that they are trained Marxists, and Christians who do not support the movement for a variety of reasons have elevated that 2015 statement and applied it to the whole movement.  Individuals who support, march with, or hashtag the movement may or may not have any connection to or awareness of the founders’ Marxist training or the “What We Believe” statements of The Black Lives Matter Global Network. Moreover, those who mention Marxism in connection to BLM do so in order to discredit the movement, not to engage with it thoughtfully.